The Terrifying Reality of BSL 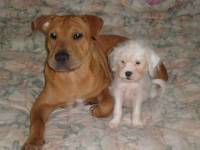 An Accused Dog with friend

This article describes the impracticalities of enacting Breed Specific Legislation in Victoria (Australia), both for the State Government and the dogs' owner.

On the morning of the 12th of March 2012, a migrant family was living peacefully in their suburban home when the son answered a knock on the front door. These were his words:

'I was shocked to answer my door to be faced by three people - one police and two Council Officers. There were two more police in the driveway and a bulky man holding a noose on a pole. There were other police officers that looked like they were something from the SWAT team. There were four police and Council vehicles in the street that I could see... '.

They had neither received notice nor had any idea of what was happening. This SWAT team had come to seize the family dog which had done nothing wrong. It had never attacked or rushed at any person or animal. In fact this dog had received a glowing report from the Broadmeadows Obedience Dog Club, where it regularly trained. This family dog was the first pet this family had ever owned. The parents had grown up in poor circumstances without enough money for food for themselves, let alone a pet. 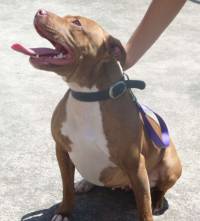 At the time of writing two distinct types of Legislation exist in Victoria:

The family described above was unaware of the existence of BSL. Nor did they have any idea that their family pet could be classified as a Pit Bull. They thought it was an American Staffordshire Terrier and did not realize there was any connection between the two types of dog. Nor had they any idea that this 'SWAT' team of police and council officers could arrive unannounced with a warrant and seize the dog, taking it away to be imprisoned for months into a Council Facility until the case was heard. Their nightmare continues as this dog is now on Death Row unless there is a successful appeal to the Supreme Court.

The Nightmare of BSL 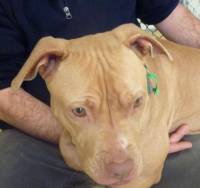 In another case an owner arrived home from work to find his home had been broken into and his dog seized, so traumatized that it left excreta all over the house. After months in the pound, fortunately this particular dog was released when Victorian Civil and Administrative Tribunal (VCAT) ruled that it did not comply with the legislation after all!

There have been other cases where concerned owners have asked the Council for advice, only to have their pet declared under the BSL Legislation on the spot. Rather than going through an unknown procedure, expense and the trauma of VCAT, they been persuaded to surrender their beloved pet to the Council, sadly saying goodbye to it forever.

One Council Officer has sworn in affidavit that, in her Council area she has assessed 90 dogs as complying with the Standard for Restricted Breed Dogs. As we only have records of those who appealed to VCAT, it is unclear how many of those 90 were wrenched from their family environment and surrendered since this unjust, unfair and illogical BSL was introduced by the Victorian Government in September 2011. As Victoria has 79 Municipalities, if all declared 90 dogs, over 7,000 could have now been be killed. 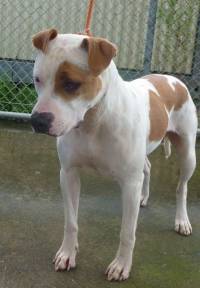 No one would argue against the necessity to protect the community from dangerous dogs. But when a small girl was killed in her home by a loose dog, the media justifiably went mad. Although this particular rogue dog was seized and destroyed, its actual breed remains unclear. Because the media named it as Pit Bull cross, the Agriculture Minister stated (on ABC 7.30 Report 24/8/12):

Like what? Not one photo of that culprit has ever been published by the media. Three separate Freedom of Information (FOI) requests that would have helped clarify the 'breed' have also been denied. So Legislation exists containing descriptions of an imaginary dog of no specific breed.

Rushed through Parliament in the early hours of the morning without public scrutiny, the Government Standard leaves local Council Officers with an unworkable document to try to administer. My understanding is that further change which affects the implementation of the Legislation can be approved by the Minister. In other words, the Minister can change the Gazetted Standard with the stroke of a pen. This means that any other breed - yes, even yours - could be added to the list if it received bad press! So is Victoria about to become like one State of USA where I understand the Dangerous Dog list now contains 17 breeds - even a Pekingese?

The Impossibilities of BSL 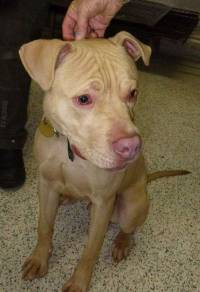 Most of us do not have a problem with an individual dog that has bitten someone being labelled as a Dangerous Dog and punished accordingly. But because one dog of any breed had transgressed, is it any reason to ban the entire breed? Drawing an analogy with people, this thinking takes us back to days of Hitler and anti-semitism against the Jews, or the South African Apartheid policy against the blacks! Surely we are more civilized than that!

Another problem is that this Gazetted Standard is written in dog terminology with diagrams and photos which in many instances contradict one another. This makes the Standard unworkable resulting in hours of expensive legal argument in VCAT or the Supreme Court. One case in Ballarat in which the dog was finally returned to the owners after spending almost one year in the Council facility reportedly cost Ballarat rate-payers over $100,000 to unsuccessfully defend their Council's decision. What a waste if public money!

So, who put this Gazetted Standard together? I am told a panel of three people including one all-breeds judge. Certainly the VCA (Dogs Victoria) was involved. So instead of trying to dissuade the Government from introducing BSL, they were busy obtaining an exemption for pure breed American Staffordshire Terriers with ANKC pedigrees. So where does that leave all the other vulnerable pure breeds like Staffordshire Bull Terriers, Bullmastiffs etc. which do not have such exemptions written into the Legislation?

The Role of the VCA

Additionally the Minister stated on the ABC 7.30 Report (24/8/12) that the VCA is going to supply a panel of Expert Witnesses to assist the Councils in the identification of dogs that fit the Gazetted Standard of this imaginary breed. Some could well belong to VCA members who the VCA is acting against. The VCA is also supporting the Minister's stance by holding 'Training Days' for Council Officers, arguing that this gives Council Officers the ability to recognize other vulnerable pure breeds. Attendance at the VCA 'Training Day' is also used as evidence against innocent dogs. Although this day training includes just one two-hour hands on session, Council Officers in attendance are given a Certificate. In reality when cases are heard at VCAT more credence appears to be put on this Certificate than on the qualifications and years of experience of our ANKC licensed judges!

Surely these training days are against ANKC policy which states:

"We will not support legislation which determines the "dangerousness" of a dog on the basis of breed alone".

The Reality of the 'Legal' Hearings (VCAT). 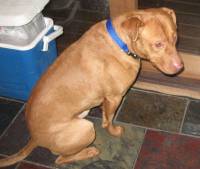 Many judges both all-breeders and Terrier Specialists who agree in condemning BSL have acted against it at VCAT. I am one of several Expert Witnesses who have defended cases that have made it to VCAT, with mixed results. Semantics of dog terms are argued for hours, with Councils being represented by well-paid Barristers and Solicitors. Meanwhile Expert Witnesses are treated like criminals, enduring cruel aggressive cross examination for hour after hour. One of my colleagues described this as the worst experience of her life. But like the rest of us, she willingly donated her time and expertise without payment.

As volunteer Expert Witnesses we spend days preparing our case. This involves the accused dog being visited in the pound, measured, photographed and assessed against the Gazetted Government Standard. This information is then expanded into documents containing page after page of photos and detailed descriptions with every part of the dog meticulously measured and recorded. Additional supporting documents are then prepared and added to the file to fulfill the requirements of VCAT.

Meanwhile my understanding is that the Victorian State Government gives thousands of dollars to Councils to administer this impossible legislation, money which in reality is spent on legal representation for Councils to act against their residents.

The Problems of Administering the Gazetted Standard

But despite all this, one heart-breaking unsuccessful judgement stated that the intention of the Government Standard was to provide a document to be used by authorized officers who are not expected to be dog judges or veterinarians. But how else do we refute the Gazetted Breed Specific Standard? It is written in dog Terminology. So we call upon the skills, training and experience we have learned over many years of the understanding and interpretation of the very dog jargon which has been written into the Government Standard.

I cannot imagine any of the VCA members who have volunteered to act as Expert Witnesses defending innocent dogs would support the VCA's stance in helping Councils to enact BSL. Additionally VCAT requires that if there are Expert Witnesses on both sides, they must come to an agreement before the case is heard and present that agreed position to the Member (Judge presiding). Theoretically this may sound OK. But with VCA now publicly supporting BSL and so many members against it, I can only see this issue dividing the VCA.

Is it too much to ask that the VCA address the real issue by supporting their members and licensed judges by standing shoulder to shoulder beside the AVA and RSPCA in condemning this BSL altogether?