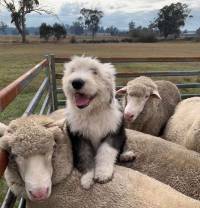 The Smithfield, also sometimes called the Smithfield Sheepdog was integral to the development of Tasmania's sheep industry. This was a type of dog that was required by British free settlers to work sheep in a climate somewhat similar to that of England. To this day, the Smithfield is purely a working sheepdog, developed without any official description of defined physical characteristics contained in a Breed Standard. 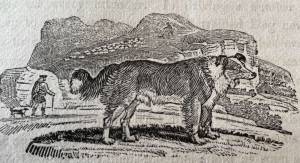 In 1789 the Sheepdog's instinct to herd sheep was described as:

.. ever faithful to his charge, reigns at the head of the flock; where he is better heard, and more attended to, than even the voice of the shepherd. In those large tracts of land which are solely appropriated to the feeding of sheep and cattle, this sagacious animal is of the utmost importance. Immense flocks may be seen continually ranging over these extensive wilds, seemingly without control: their only guide is the shepherd, attended by his dog, the constant companion of his toils: it receives commands, and is always prompt to execute them; preventing them from straggling, keeping them together, and conducting them from one part of their pasture to another: it will not suffer any strangers to mix with them, but carefully keeps off any intruder.

In driving a number of sheep to any distant part, a well trained dog never fails to confine them to the road; he watches every avenue that leads from it, where he takes his stand, threatening every delinquent, and pursues the stragglers, if any should escape, and forces them into order, without doing them the least injury[3]. 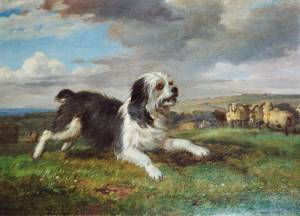 In the absence of a specialised sheepdog, for the first 20 years of settlement, people in Tasmania acted as shepherds. According to our research, the first record of sheepdogs arriving in Tasmania was in 1825 when 2-3 pairs of rough 'Colley dogs', together with 122 sheep arrived in Australia on a ship called the 'Hugh Crawford'[4]. This was the first ship to sail directly from London to Sydney. It then went on to Hobart in Tasmania, bringing 'free' immigrants that is, potential settlers who were not convicts. It appears likely that these rough 'Colley Dogs' had driven flocks of sheep to the 'Smithfield Market' in London. This market was the hub that connected London to other parts of Britain by rail. As the Shepherds and their dogs were sourced from this hub, when the dogs arrived in Tasmania they became known simply as 'Smithfields'.

Sheep bred for Food rather than for Wool 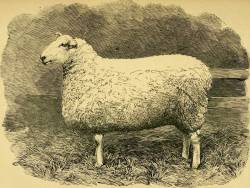 Because food was the principal concern of early colonists, breeding sheep for food mutton took priority over breeding of sheep for wool. To this end in 1826, a breed of sheep called Cotswolds were the first fat-lambs to be imported into Van Diemans Land, with Border Leicesters following in 1830[2]. These dual-purpose British breeds produced both mutton and wool. 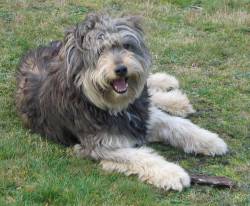 The sheep industry then grew so quickly that advertisements appeared in newspapers asking for Shepherds and their dogs to come to Australia. One newspaper clip of 1835 states that 11 shepherds with 12 women, and a due proportion of collies or shepherd's dogs from the Scottish area of Lochaber in Inverness, sailed to Van Diemen's Land (Tasmania)[7]. Another advertisement in 1836 offered the sum of £20 (around one year's wages) for Shepherds and their working sheepdog (plus their wife!) to come to Hobart[6]. Consequently many sheepdogs from the hub of Smithfield in London arrived in Tasmania. Some of these dogs which became known as 'Smithfields' travelled with their owners on to Sydney[7]. 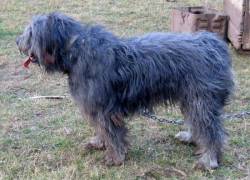 Uniquely for an Australian sheepdog breed, the 'Smithfield' developed without the influence of the Dingo which have never been present in Tasmania. Because there was no Stud Book in Australia, there was no means of officially recording the names and details of any individual dogs making up their parentage. Disappointedly, today the Smithfield remains an unrecognised breed, bred solely for the purpose of herding sheep.

The Smithfield Defined by Working Ability 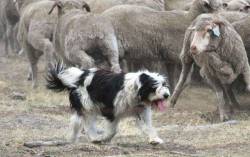 Concentrating on its instinct to herd sheep, it was recorded that 'A real Smithfield' was exhibited in 1862 in Tasmania in Australia's first Dog Show. It appears that all this particular Smithfield had to do was '...  to turn sheep down Hosier Lane, [and] express his perfect willingness to do so, as far as a dog could'[5]. In other words this dog's working ability was sufficient to deserve it becoming commonly known as a Smithfield! 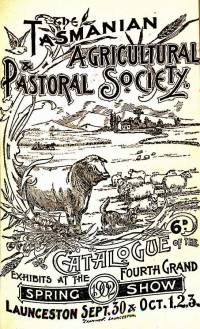 As such, Smithfield's have always competed in their own exhibitions in Tasmania. For example in the Dogs Victoria Library there is 4 Tasmanian Agricultural and Pastoral Society Show Catalogues dating from 1900 - 1903. 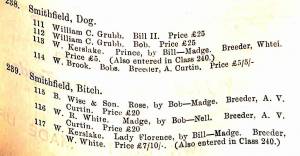 In the early 1900's Robert Kaleski described them as 'a black bob-tailed, big rough-coated, square bodied dog, with a head like a wedge a white frill around the neck and saddle flap ears. He got over the ground like a native bear... but he couldn't stand the heat and long trips'[1]. 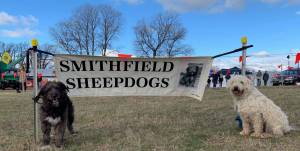 Since 1838, the Southern Hemisphere's oldest continually running Agricultural Show has been held annually at Campbell Town in Tasmania. Furthermore as part of Tasmania's history, this Show is listed by the National Trust. Today, it hosts the Annual Smithfield Speciality Show. In this way, despite the Smithfield never becoming a recognised pure breed, its legacy has been kept alive.

A Word Picture of a Smithfield 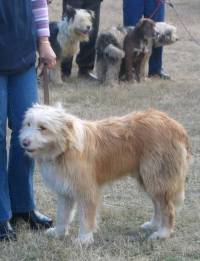 The Smithfield is a strong, medium sized, working dog. It is built for all round work with sheep. In yard work, its deep, loud bark combined with and lots of force typifies its style of working. Its overall physical 'type' lies somewhere between an old style Old English Sheepdog which is a squarely-built dog and a Bearded Collie which has longer cast body. Its gait is free and easy but without the 'stealth' or 'crouch' typical of the Border Collie.

The Smithfield has a squarely formed skull and a fairly long, square muzzle with a definite stop between formed by arches over the eyes. It has a rather long double coat which, at first glance can mask the dog's shape, its apparent long legs and its unusually large round feet. 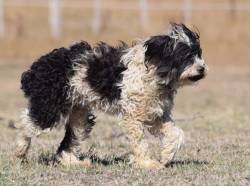 The Smithfield's tail can come in any length from a short bob to a full, long tail or any length in between. It can also come in a variety of colours including grey, charcoal, cream, chocolate, tan, white, tri-colours, parti-colours and Collie type markings with a white neck, a white chest, white on the tip of the tail and on the feet.

[3] Thomas Bewick, 'The History of Quadrupeds' printed by Edw.Walker for T. Bewick, and son; Longman and Co. London; and Wilson and Sons, York. First Published 1789 Page 329.

[6] Bill Robertson 'Origins of the Australian Kelpie, Exposing Myths and Fabrications from the Past' Self Published Chapter 8 'Importation of Collies into Australia' Page 35