In 350 BC, Greek philosopher Aristotle described 'high-bred' and 'thoroughbred' domestic animals as:

'An animal is high-bred if it come from a noble stock, and an animal is a thoroughbred if it does not deflect from its racial characteristics.

By 1486 AD dogs that displayed 'racial characteristics' for example the ability to hunt, were first classified by Dame Juliana Berners in her that was published in English as the 'Boke of Saint Albans'.

Today, these 'racial characteristics' defines 'pure breed dogs' which makes them predictable in both looks and temperament. This is for two reasons:

The original idea behind judging dogs at dog shows was assessing how closely the dog complied with its particular Breed Standard. The Stud Books then became vital because they recorded the dogs and their parentage responsible for these 'racial characteristics'.

What is a Dog's Pedigree?

The pedigree is a family tree whose boughs form its genealogy. It is this family tree which possesses specialised likenesses and traits. Pedigrees typically record parentage five generations like the one shown. When each dog on the pedigree has its number recorded in an official registry or Stud Book produced by that country's Kennel Club like the one below, the dog is defined as a pure breed. These Kennel Clubs are also responsible for maintaining Breed Standards. 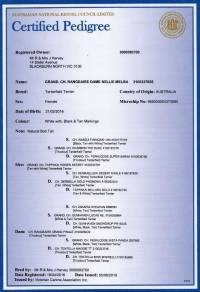 Today, computer generated pedigrees produced by Kennel Clubs like the one on the right, have replaced most of the paper systems. It is important to observe the logo or symbol adopted by an organisation to officially identify itself. In this case the Australian National Kennel Council (ANKC), the logo on the top right hand corner, authenticates that this pedigree as an official record of that dog's parentage on the Australian Kennel Club registration system. Although these pedigree forms vary from country to country, there is a reciprocal arrangement between various countries. 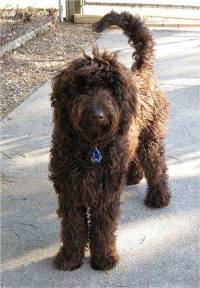 Crossed breed dogs are crosses between 2 pure breed dogs. Historically, some crosses are deliberate, with formalised breeding programmes run by recognised Kennel Clubs or controlling bodies. Some of those not run by Kennel Clubs result in having a name derived from the two breeds which have been deliberately mixed, for example Labradoodle (Labrador Retriever and Standard Poodle cross). When there is no participation in inherited disease screening programmes, these combinations can produce disastrous results. It must be understood that the mixing of two different pure breeds produces not only the virtues but also the problems that are transmitted from both parents!

Responsible breeders with pure breed dogs do not usually or knowingly allow a misalliance. It is only when and if they do, these dogs can correctly be called 'crossed breeds'. Otherwise, they are 'mixed breed' dogs as described below.

The ancestry of a "mixed-breed" dog is not known at all. A mixed-breed dog may also be called a mutt, mongrel, cur, slut, bitzer (from "bit o' this, bits o' that") or random-bred dog. The problem with mixed-breed dogs is that their temperament and instinctive traits are generally unpredictable. The result of not knowing the parentage of a dog is that they might behave in unexpected ways, such as digging or chasing. 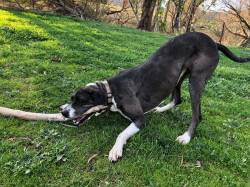 But mixed breed dogs have been recognised from the earliest classifications. For example in 1570, an early classification simply called them 'watch dogs', a term applicable today. 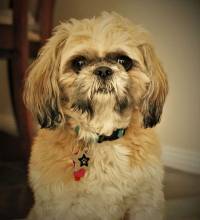 In 1570, Dr. Johannes Caius wrote about mixed breed dogs within a document that classifies the functions of many of the pure breed dogs we know today. This classification that was written in Latin and translated into English by A Fleming in 1576[1]. The original translation of this important work is in my opinion too difficult to read to be printed in its original form. So it appears here as my interpretation in modern English:

Containing curs of the mongrel and rascal sort and watch dogs

Such dogs are not of any specific breed. They are made up of sundry sorts of dogs that do not look like any particular breed. Because they do not have a recognisable shape or serve any worthy purpose; it is not necessary to write any more about them. But they are not beyond this classification as being of no use except to bark to warn their owners that some stranger is approaching. Whereupon we call them warning dogs or watch dogs because they perform this use.

[1] Dr John Caius, "Of Englishe Dogges: The Diuersities, the Names, the Natures, and the Properties", London, 1576, translated into English by Abraham Fleming, Page 36. The work was originally published in Latin in 1570 as "Johannes Caius, De Canibus Britannicis".