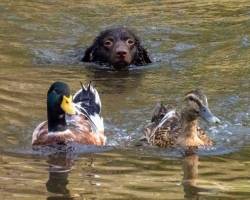 The Murray River, which flows through Victoria and New South Wales before it ends in South Australia,  is the longest single river system in the country. In the early days of developing the vast Colony of New South Wales, before railways and roads opened up the interior of the vast continent, this 2,000 kilometres  of a navigable river system provided a convenient way of connecting these three States. The people who lived on the Murray River's famous paddle steamers that sailed along this river, developed Australia's only Gundog, the Murray River Retriever.

In the late 1990s and early 2000s, South Australia was the home of one of our Australian dog world's most colourful characters, Mr David Roche. With a natural eye for a dog as well as everything else of beauty, his collection of decorative arts and furniture became legendary. Members of Dogs SA were so appreciative of his personal input into their dog world that after his death, their showgrounds was re-named 'David Roche Park'. 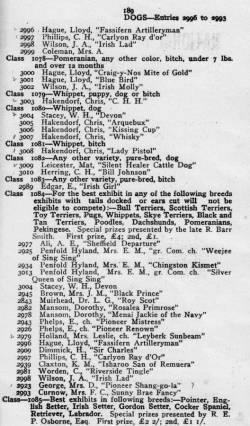 In 1863, a Poultry Society was founded which, in 1887 became the South Australian Poultry and Dog Society. In 1901, it was re-named the SA Poultry and Kennel Club which today, still conducts shows, making it one of the oldest Dog Clubs in Australia.

However, in 1914, when the South Australian Kennel Association (SAKA) was founded, the SA Poultry and Kennel Club refused to affiliate. Consequently, SAKA consisted of two delegates from each of the other Clubs that did agree to affiliate. That is why SAKA then considered itself to be the 'controlling body'. As such, SAKA allocated all their affiliated Club's show dates and judges! But they failed to keep the pedigrees or even name the breeds of competing dogs. This allowed cross-breed dogs to compete! For example, on he left we have a page from a 1923 Royal Adelaide Show catalogue.

By the late 1930s the South Australian Kennel Association (SAKA) had been formed. They elected  their own executive made up of two delegates from each affiliated club which included the RAHS which ran the Royal Show. The secretary of SAKA was a volunteer working from home. There was no coordination between the affiliates and the only Stud Book available was Queensland's 'Canine Stud Book of Australia'. That is why, in South Australia, dogs competing at shows often included cross-breeds as well as dogs whose breed was merely guesswork shown in a class called 'Any Other Variety Pure Breed'! This situation continued until at least 1946[1]. 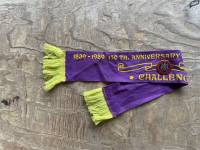 In the late 1940s the situation changed. After World War Two ended, the influx of refugees and migrants meant many people who settled here had seen purebred dogs overseas. As these people acquired homes and cars, they took up the hobby of dog showing and breeding. This created a chaotic administration situation which was clearly too much work for a volunteer. Consequently, the SAKA turned to the RAHS for assistance.

In 1839 the RAHS was first formed. In 1951 the RAHS agreed to assume control of SAKA, providing an office and Registrar for SACA without charging any rent[2]. But it would be 1961 before their RAHS (Royal Show) catalogues were in line with those of the rest of Australia. That meant they included the names of the exhibitors, their dogs complete with their ages together with each dog's sire and dam and  the breeds were put into recognisable Groups. This situation continued until  1979 when a motion to become an incorporated body was passed by the members, the SAKA broke away from the South Australian RAHS and changed its name to the South Australian Canine Association (SACA). 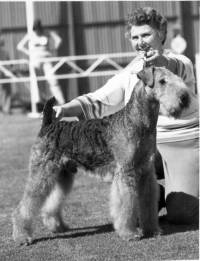 In 1983 the SACA purchased an office in Thebarton to manage its affairs and began recording their Litter Registrations. In 1983 SACA also purchased 17 acres of land at Kilburn just 10km from the Adelaide CBD. In 2013, this wonderful venue became known as 'David Roche Park' in memory of their famous member. Today the controlling body for South Australia trades as 'Dogs SA'.