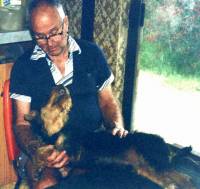 Peter Scull and his wife Corrie together with their whole family have been involved in Airedales in WA for a period spanning more than 70 years. Peter was a South Australian who, as a child had an Airedale called 'Billy' from two Champions 'Raffles' and 'Lady'. Peter and 'Billy' came to live in WA in 1942.

Peter was an electrical Engineer, first working with the railways and later with the Electricity Commission. Peter's memory of being owned by an Airedale in his teenage years, instilled in him not only a lifetime passion for the breed, but also a passion for Airedales that was passed on through his family firstly through his daughter Paulette and more recently through his grand daughter, Danielle. Peter was a respected all breeds dog judge. He was also involved in Club Committees including the WA Terrier Club and the All-breeds Dog Club of WA. Peter also acted as co-ordinator and examiner for several groups on the WA Judges' Training Scheme. 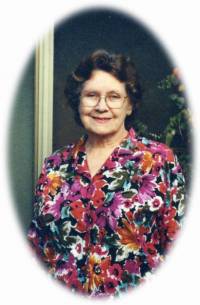 Peter married Corrie in 1950. Their passion for the breed began when Peter and Corrie contacted Colonel Van der Sluys in Albany in 1968. As Albany is some 400 kilometers from Perth, they arranged to meet half way to buy their first Airedale TOBIAS HONK EDWARD. Some years later, after the Colonel's dogs had died of old age, he contacted Peter and Corrie to arrange to buy another Airedale pup. Corrie tells the story of giving this 6-months old puppy to the Colonel who was sitting in a rocking chair at the time, tears in his eyes as the pup 'Suzy' nuzzled into his long white beard. It is truly amazing how Airedales intuitively know those who love them. This sale was particularly pleasing for Peter and Corrie as they were able to return to the breeder some of the pleasure CH TOBIAS HONK EDWARD had given them. For there is something special about one's first Champion and the foundation stud dog of the kennel they established with him - Qualap Kennels which has bred around 22 Champions to date.

So began the story of Qualep. The next step was to register a uniquely different prefix. As Corrie was herself a West Australian, they wanted a prefix that reflected their unique part of Australia. As Western Australia is particularly famous for its wildflowers, they decided to call their kennels after a flower indigenous to Western Australia's south. Hence the name Qualep (although Corrie says they changed the spelling a little!)

They then bought an older bitch GUNDOWRINGA REBEKKA in whelp to CH PRENTON ATILLA (imp UK) from Jessie Woodburn in NSW and kept a bitch puppy called QUALAP POLYANNA. REBEKKA was from Jessie's first two 'Burdale' imports, CH MR SMITH OF BURDALE and CH JOY OF BURDALE. This gave Peter and Corrie completely new bloodlines with which to work. By this time Peter and Corrie had involved their three children, Gloria (pictured below), Paulette and Brian. In their younger years, all three children attended shows and gave their mother and father a helping hand with the dogs. 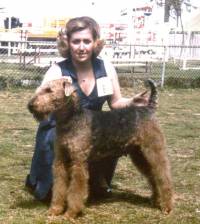 Another bitch from Jessie Woodburn, CH GUNDOWRINGA BEWITCHED was next to arrive in the West and later her sister CH GUNDOWRINGA SASSY MISS. They were also from CH PRENTON ATTILA. Peter and Corrie were obviously impressed by him as he came from top English bloodlines, his sire being a top showdog in the UK in his day ENG CH SEARCHLIGHT TYCOON his dam being another big UK winner, ENG CH BERNICE OF BURDALE. The sisters GUNDOWRINGA BEWITCHED and GUNDOWRINGA REBECCA had a mother STRONGFORT EMMA PEEL, although sired again by CH MR SMITH OF BURDALE had Strongfort Kennels breeding on the other side, providing an outcross. 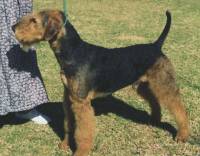 Then Peter and Corrie bought CH MIDSTREAM MAKE LOVE from R & C Carter in NSW. He was by CH BENGAL VALLEY FORGE out of a CH BENGAL CRUSADER daughter and so took Qualep Airedales back onto Exmoor lines. They also bought a bitch from Peter Tallentire, GRINKLE JANE EYRE who was the daughter of CH TOBIAS HONK EDWARD and CH KELLINGTON KARISMA a Victorian bred bitch, from different bloodlines again. CH KELLINGTON KARISMA was by a dog called AASLEIGH AMBASSADOR who was the son fo CH BENGAL CRUSADER and CH LOUDWELL PROMISE out of a bitch we bred, RANGEAIRE RAGAMUFFIN. 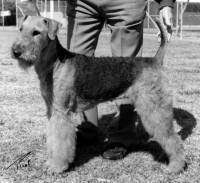 Yet another addition to their kennel was FERNPARK PRINCE also from Victoria. He had been sold to WA and was literally rescued by the Sculls after being passed around several different homes. In their typical dedicated style, Peter and Corrie nursed him back to good health. Although FERNPARK PRINCE was left very nervous and so was never able to be shown, he produced CH QUALEP JULIANA for them. 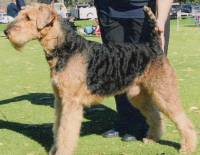 The last dog Peter and Corrie brought in from the Eastern States was from us. He was CH RANGEAIRE RUMMPOLE who was fully 'Rangeaire' bred and provided a very useful outcross for them. He produced some quality stock including CH QUALEP PORTIA (pictured). The next generation was also very successful for the Sculls producing several Champions including CH QUALEP ASHLEY (pictured).