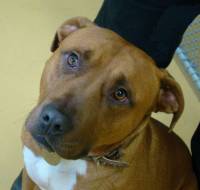 The 38-page result of the Appeal to the Supreme Court of Victoria to overturn the Victorian Civil and Administrative Tribunal (VCAT) judgement on 2 dogs accused of complying with the Government Gazetted Standard of a Pit Bull Terrier, was made public in December 2012. The Supreme Court had two findings in cases of Restricted Breed dogs:

Firstly, in order that a dog fall within that Standard, there must be a substantial, or high, level of correspondence between the material characteristics of the dog and the criteria specified in the Standard. This should create an excellent precedent for the other 4 dogs whose Appeals to the Supreme Court to overturn VCAT decisions against them, are still waiting to be heard.

Secondly, the two dogs that were the subjects of this Supreme Court action have their convictions revoked because they did not substantially comply with the Government Gazetted Standard. In other words rather than being immediately destroyed, these two dogs have been saved from death for the time being. But they still have not been released as both their cases have to go back to the Victorian Civil Administrative Tribunal (VCAT) to be heard again under a different 'Member' (judge). That means that the year-long jail sentence they have already endured locked up in a pound facility will be extended until the result of a further hearing at VCAT comes out in favour of the dog. Otherwise they will be destroyed. 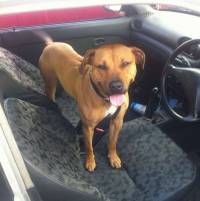 The first big problem with this Breed Specific Legislation (BSL) is fundamentally flawed because it facilitates the seizure and destruction of any dog or cross-breed thereof that fits the Government Gazetted Standard. This is completely different to Dangerous Dog Legislation that applies to dogs which have bitten or caused injury without provocation to a person or other animal.

Having sat through many days of participating in and listening to legal arguments, it is very clear to me that no Court that can recognize a dog from the description contained within the Government Breed Standard because it is written in dog terms. Breed Standards are written by dog people for dog people who are used to understanding and interpreting dog terminology which varies from pure breed to pure breed. Breed Standards were never designed as identification tools. Rather they were always meant to describe the individual unique characteristics of particular pure breed dogs. This is called 'Breed Type'.

Is your Breed Exempt?

The second big problem with this Breed Specific Legislation is that the exemptions within it only apply to ANKC registered American Staffordshire Terriers. So if you have another ANKC registered breed, for example a Boxer that was seized under the Government Legislation as it stands, your ANKC registration papers would not exempt it. Two of the dogs seized under this Legislation that I have personally assessed look to me more like Boxers than Pit Bull crosses! Both are black-masked red dogs with white markings of Boxer size, one with the distinctly undershot mouth of a Boxer. But even with diagrams and photos of the mouth of the dog concerned and a 'stock' correct scissor bite photo, the VCAT judgement said that the dog's bite 'partly complied' with the Government Gazetted Standard because after all the dog had teeth! This is one of the other 4 dogs whose Appeal to the Supreme Court against the VCAT judgement, is waiting to be heard.

Can your Breed be added? 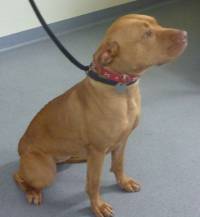 The third problem with this Breed Specific Legislation is that the Minister can, at any time with the stroke of a pen add YOUR breed to the list. So by the VCA holding 'training days' for Council Officers, they are actually assisting this process by demonstrating to Council Officers which pure breeds the VCA considers are 'at risk'.

Pretty scary? Yes! This type of Legislation has never been proved to work in any country in the world in keeping communities safe by reducing the number of dog attacks. And the waste of public money is ridiculous. In England one case cost half a million pounds to defend just one innocent dog. In another case in Queensland the figure of half a million dollars has been quoted. The first case of Restricted Breed Legislation in Victoria to be overturned by the Supreme Court reportedly cost the Council concerned over $100,000. This current judgement also must have headed in that direction with 4 legal teams taking part. What a complete waste of resources, let alone the time and energy!

Disappointingly, according to his report in the December VicDog magazine, because our VCA President values his relationship with the Minister on other issues which is of course plausible, he appears to be supporting Restricted Breed Legislation rather than upset the Minister! Let's hope someone can talk sense into the pair of them before more dogs are wrenched from their family homes and senselessly destroyed for no other reason than some legal decision maker thinks the poor dog resembles this unworkable Government Gazetted Standard.