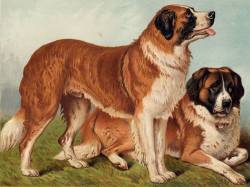 Today, along with the definition of a pure breed dog, for this to be global there must be arrangements for world-wide recognition. Firstly, pure breed dogs  must have a formal pedigree issued by a Kennel Club and secondly they must have their breed's physical description and function classified within their Breed Standard. 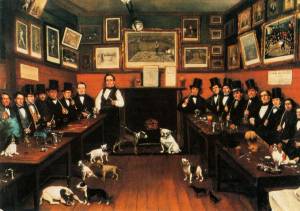 Before what is generally called the first UK dog show was held, there were various 'lead shows' or 'matches' like the one pictured held at Jemmy Shaw's public house painted in 1855. However, it was not until the 4th April 1873, the Kennel Club (UK) we know today, was founded.

The American Kennel Club (AKC) followed one year later in 1874. with the Canadian Kennel Club (CKC) next by 1880.Then in 1911, when the  Federation Cynologique Internationale ( FCI) began its operations, co-ordinating the operation of  European countries. 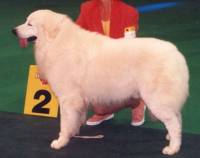 The aim of the FCI was promoting and protecting the cynology of pure breed dogs by any means considered necessary. Cynology is the scientific study of the dog especially in respect to its natural history. The FCI's founding nations were all European. They were Germany, Austria, Belgium, France and the Netherlands. Today, various countries make up its members. Because most European countries have their own indigenous working breeds, they look upon the FCI as an administrative body, co-ordinating dog activities and Breed Standards. 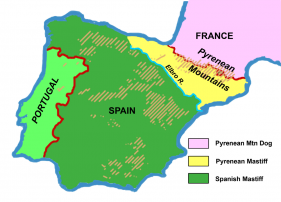 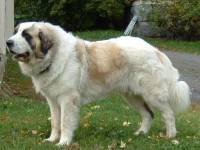 However, a very similar breed of Livestock Guarding Dog developed on the other side of the Pyrenean Mountains in the area coloured yellow in the map. It is called the Pyrenean Mastiff! To further complicate matters, a third breed of Livestock Guardian Dog developed in Spain on the Iberian Peninsula, in the area coloured green on the map. This breed is has a third name, the Spanish Mastiff. 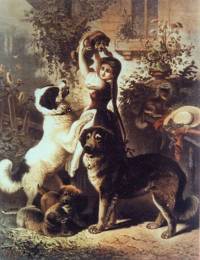 In 1954, the FCI the Federation Cynologique Internationale began operations from the tiny Belgium town of Thuin. This was because Saint Roch, the patron Saint of Thuin was also the protector of animals and was frequently portrayed with his dog.

Today Thuin is proclaimed 'the Canine Capital of the World'[1], recognising Kennel Clubs in many other countries, including many in Europe and South America. Each of the FCI Kennel Clubs keep their own Stud Books or registries.

The British first landed in Australia and declared it a British Colony in 1788. In Britain at that time, Pedigrees and Stud Books of other British domestic livestock were also having their beginnings. It is important to understand that Australian Pure Breed domestic animal systems were developed alongside and were mainly influenced by British systems. 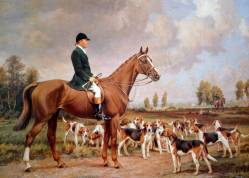 Hunter with Pack of Harriers

In Britain until the late 1790's, the ancestry of all domestic animals was kept in private lists, but rarely passed on. In 1791 in Britain, the concept of publishing a 'General Stud Book' was first proposed 'to correct the evil of false and inaccurate pedigrees'. The idea was to record the ancestry of domestic animals. Although some private breeders had kept 'Lists', these were rarely passed on. Hence there was an obvious need for a published Stud Book that was a 'dictionary of facts'. Over the next 100 years, 14 Volumes of a General Stud Book were produced containing horses, cattle and hounds.

In addition to the General Stud Book, when horse racing became a national pastime, the Jockey Club started their own Stud Book. This became famous and gradually the rules were adjusted so eventually the only horses which could be raced had to have their parentage recorded in their Stud Book. 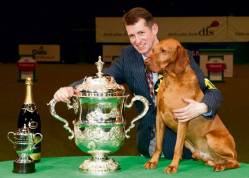 Next came a Herd book for short-horn cattle. In 1822, George Coates of Carlton, near Pontefract, Yorkshire, published the world's first herd book of pedigree cattle and the shorthorn, arguably the most globally influential breed of cattle. Unlike the racehorses, their Stud Book was based on show catalogues and sales lists. It then became essential to have the credential of this pedigree established by a 'public record' if foreigners wanted to buy a genuine short-horn.

The first Kennel Club Stud Book published by 'the Field' magazine contains details of dogs which won placements at recognised shows and Field Trials between 1859 and 1863. When any breeding dog or bitch was entered in a Show, it was given a number. If the dog or bitch had a reliable pedigree, this was also recorded, some dating back many generations. Some of these were in the form of a table and others were just a list. 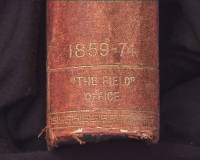 The year after 'The Kennel Club (UK)' came into existence, the first 'Stud Books' (English) was published by 'The Field' a well-known livestock magazine publisher of that time. This Stud Book is dated from 1859 to 1874.

After 1874, the Kennel Club decided to recognise and give pedigrees only for a limited number of breeds. Entry into the Stud book was also limited to these breeds which were then eligible for Challenge Certificates and could achieve Champion status. The Kennel Club Stud Book follows these criteria to this day. This increased the authenticity that then attracted higher prices for British pure breed dogs, particularly from the Americans[2]. After 1880, the Kennel Club (UK) published a Breed Records Supplement not included in the Stud Books. 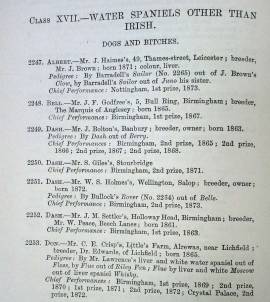 A Page from the First English Stud Book

At a time when pedigrees were not of huge interest, details of parentage was often very scanty. For example, in the page of the First English Stud book shown on the right, there were four different dogs with the name of 'Dash'.

As interest in dog showing and in recording details of dogs accurately grew, and more people were interested in pedigree information, the Kennel Club decided to separately register dogs not recorded in the Stud Books. Until 1970, these were then published in the Kennel Gazette and recorded in the Breed Record Supplements. 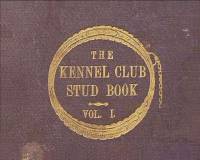 These Kennel Club (UK) 'Stud Books' were published every year after 1874 even through the two World Wars! Dogs recorded in these English Stud Books are recognised by the American Kennel Club, the Canadian Kennel Club, the ANKC and the 84 countries affiliated with the FCI. This recognition is reciprocal. So, between the world's Stud Books, many of today's pure bred dogs have a background with recorded pedigrees dating back over a century and a half!

The following 40 breeds appeared in the First English Stud Book:

The First Dog Shows in England

It is generally accepted that the first recognised dog show was held at Newcastle in England in 1859. Although it was for Setters (English) and Pointers only, the dogs exhibited were given numbers which were the very first entries in the English Stud Book. Later in 1859 Birmingham also held a show for sporting dogs only. This included not only Setters (English) and Pointers but also Retrievers, Clumber Spaniels and Cocker Spaniels.

In 1860 Birmingham held their second show. This was historic because the show was split into two divisions: 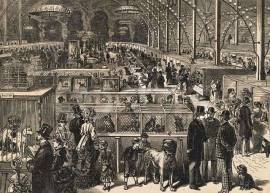 In America, the first dog shows were held in Hempstead on Long Island and in Chicago in 1874 with references in the first Westminster catalogue to dogs having won at one or two of at least 10 different shows held there in 1875 and 1876.

The Westminster Kennel Club was to become America's most famous dog show. At the first Westminster Show held in 1877 there were 1,191 entries but that did not represent the actual number of dogs as more than 300 dogs were duplicated (that is had 2 catalogue numbers) and some bitches had puppies each with a separate number! Of these, like England, 900 (around half) were Pointers, Setters and Spaniels with some Foxhounds, Beagles, Dachshunds and Fox Terriers[3].