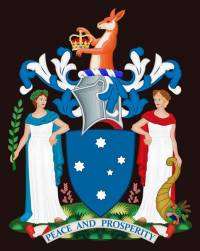 Victoria is dealt with first not only because it is my home state, but also because, from 1892 when dog showing was becoming formalised, Victoria set the example that the rest of Australia followed. For example, in 1892 Victoria's Poultry and Kennel Society set the first 'Code of Rules' for Guidance at Dog Shows. Later, in  1932 Victoria's Kennel Control Council brought in compulsory membership which  every other state still follows today. This is Victoria's journey. 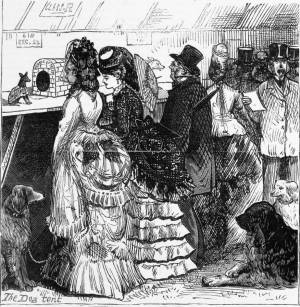 As previously outlined, the first dog show in Victoria was held by the Council of the Acclimatisation Society in 1864. The second reliably recorded Show was held by the National Agricultural Society of Victoria's Show in 1872. This pre-dated the Royal Melbourne Show.

In 1877 the Victorian Dog and Poultry Society (VP&DS) conducted its first Dog Show with the entries covering the prize money. This became an Annual Event. They were a very forward thinking Society and set up Australia's First 'Code of Rules for the Guidance of Dog Shows' which was taken up by NSW and Queensland. In 1881 the VP&DS declared that all dogs must be registered[3].

Sadly, in-fighting within the VD&DS caused them to re-form as the Victorian Poultry and Kennel Club (VP&KC) which still exists today. Meanwhile, around 1886 the Showgrounds in Flemington was given by Crown Grant to Trustees of the Royal Agricultural Society of Victoria (RASV). From 1918 when pure breed dogs were included, the Royal Agricultural Show catalogues contained dog entries, together with their immediate parentage. 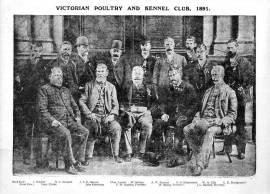 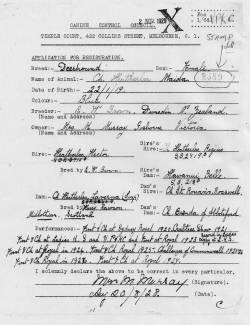 These were all registering dogs on their own different forms, and holding shows, some recording their show results on their registration certificate like the one attached. In particular, the pedigrees of some dogs registered with the VKA from 1921 onwards are included in the Canine Stud Book of Australia published by the Queenland Kennel Club.

In 1930, Australia was feeling the effects of a world-wide Great Depression with unemployment reaching 33%. To survive this crisis, on March 30 that year, a Meeting was held between the VKA, VP&KC, CCC and the Royal Agricultural Society (RASV) resulting in the RASV providing Presidential and Secretarial services. This resulted in the VKA, VP&KC and CCC came under the auspices of the RASV by forming the Kennel Control Council (KCC). This unified the control of the dog fancy[1].

This also gave the KCC absolute power over our Victorian dog world. With members no longer able to choose their representatives on the controlling body and because there were and no elections no alternative body, to their Management Committee, the KCC took complete control of our pure breed dog registrations, selection of judges  and other matters relating to canine activities. Financially, this carried Victoria through the Great Depression, World War Two and beyond [1]. However, with no checks and balances it created many problems that caused grief to many people who were unable to access natural justice.

In 1932 the Kennel Control Council began publishing their monthly Gazette, in which they also published the pedigrees of dogs registered, along with details of transfer of ownership and litters born. Athough the KCC Gazette contained elements of a Stud book, from 1933 pure breed dogs' parentage was reliably recorded. But because membership of the Kennel Control Council both for members and affiliates was mandatory, it was a nightmare for many.

Example of a KCC Action

In 1918, when Mr Len Latchford arrived in Victoria from UK, he immediately joined one of three 'controlling bodies' essential to allowing him to exhibit, breed or judge dogs in Australia. He then famously appeared at an exhibition at Government House with an Airedale which, unusually for that time, was trimmed. He was described:

"Len had a great professional outlook. He was a superb writer of dogs in the 'Sporting Globe' and 'Leader', for many years Superintendent of the dog pavilion at Melbourne Showgrounds, an outstanding conditioner and handler of all-breeds, and for thirty years our leading all-breeds judge"[2]. 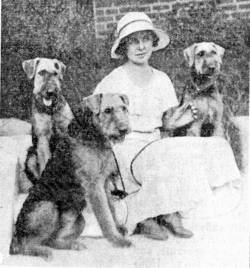 Around 1933, Mr Latchford judged the Auckland Kennel Association (AKA) Show in New Zealand. When Show was run, it was declared 'unrecognised' (not affiliated with) by New Zealand Kennel Club (NZKC). Because NZKC felt threatened that this could create a precedent for more affiliated Kennel Clubs to set up in opposition to the NZKC in NZ, they banned both the ACA and Mr Latchford.

Then Victoria's Kennel Control Council endorsed the NZKC's action under what they claimed to be a reciprocal agreement with the New Zealand Kennel Club. Sadly, with no Natural Justice in place at that time, this prohibited Mr Latchford from ever participating in pure breed dog activities again for the rest of his life. This was best summed up in 1978:

"...(the dog world was) his only world, for life... (and) the years away from his one and only love left their mark. Gone was his sartorial elegance - the tailored suit, coloured waistcoat, silver-topped walking stick and spats - his confidence was shattered, no longer did he speak with confidence in a soft and impeccable voice. It was replaced by a down-and-out alcoholic, a man who died without his friends knowing, and who was buried in a pauper's grave".[2] 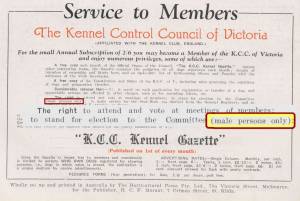 Advertisement to Join the KCC

In line with the original policy of the RASV at that time, only male persons were eligible to stand for election to the Committee of the Kennel Control Council. In other words, no women were eligible (see advertisement).

The auspices with the all-male KCC Committee and the also all-male RASV lasted 60 years. With women comprising more than 70% of the KCC general membership, this situation became socially unacceptable. Sexual harassment and bullying was commonplace. Women were not given the same privileges as men with dog judging appointments and executive positions. With no other means of appeal, I challenged the structure of the Kennel Control Council. I took them to the Equal Opportunity Board which generated much publicity, including a National TV appearance, 18 articles in the print media and even the cartoon by Leunig! 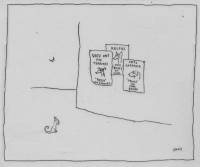 The result was that a motion to Incorporate was moved at the KCC's 1991 Annual General Meeting. An estimated 600 odd members attended, coming in bus loads from all corners of the State to support the motion. With the Motion overwhelmingly passed, on July 24, 1991 a new Constitution was approved. So the KCC officially became the Victorian Canine Association Inc. which now trades as Dogs Victoria. 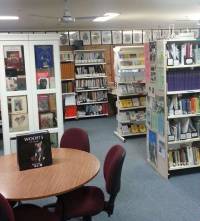 The Dogs Victoria Library contains Show catalogues dating back to 1890, as well as folders of hand-written pedigrees dating back to the 1920's. Additionally, our continuous Royal Melbourne Show catalogue collection from 1918 lists the parents and date of birth of every exhibit. This information fills most of the gaps in the history of Victoria's pure breed dogs. Additionally some individual breed enthusiasts have collated their own breed's pedigree information on private computer programmes.

Only when all this breed information is added to the pedigree programme already on the ANKC computer, will we have information equivalent to that contained in other countries' Stud Books.