There are many Government Grants available for preserving Collections and Reference Resources. A permanent combined Australian Museum/Library could well attract a sizable grant to build a marvellous permanent promotion for our entire dog world. 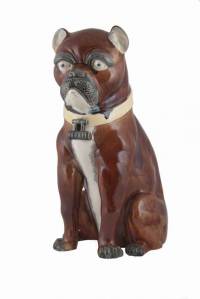 The Library and Museum were initially set up in 1988 as a separate entity to the VCA Library. On the first of January 1990 the Foundation became a full affiliate of the Victorian Canine Association. On the 15th Nov 2003 the doors to the Canine Museum where officially opened. Nobody could have predicted how groups of amazingly passionate volunteers could have overseen the growth of these two collections. Today, as separate entities, they are becoming National Resources.

The Museum was initially set up as an independent Trust for the safe keeping of canine memorabilia and artefacts. In contrast, the Library was set up as a subcommittee of the then VCA. At that time, it was believed that because much of the collection was donated by VCA members, that the library should also be owned by VCA members.

With the instigators of both the Library and the Canine Museum aging - many now octogenarians, it is now up to the next generation of dog people to look to the future of these two irreplaceable collections. Maybe a Library/Museum Trust is the way to go to safeguard the future of both collections!

The Future of the Library and Museum 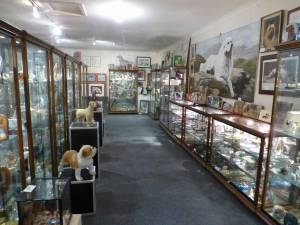 United, these two collections could become a "National Resource". This should attract substantial Government funding. If we consider this option, a legal agreement needs to be drawn up setting out exactly what is entailed with a Library/Museum amalgamation.

With this concept in mind, the Museum has already prepared plans for a combined new building. As our 'home', KCC Park, consists of some 82 acres, we certainly have enough land on which to build such a development! Imagine how popular an Australian Museum/Library would be! It would also probably generate enough income to pay for permanent staff instead of relying on volunteers!

A combined library/museum would require ANKC backing. Passing a motion supporting this concept would be a start. It would then need co-operation from all the other States and Territories. No matter what is needed, these valuable collections must be correctly preserved and secured. In addition, both these collections should be displayed to the general public as well as present and future dog lovers to use, admire and enjoy.

So how about it, Australia?