Selecting your Foundation Bitch and her Mate 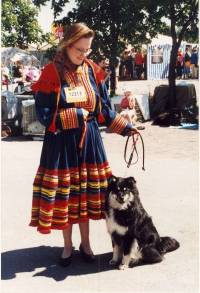 1. Be a typical representative of her breed and be typical of her breed. In other words she should possess correct 'breed type'

2. Have a pedigree containing representatives of her breed that are of correct breed type

3. Be registered with an approved canine registration body or kennel club

4. Have a pedigree whose source is an approved canine registration body

5. Have been tested or screened for any inheritable diseases known in her breed

6. Come from parents and grandparents who are also of correct breed type and have also been screened for any inherited diseases known within her breed. 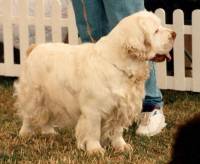 The basis of selective dog breeding is to knowing your breed and being able to analyze your bitch and arrange to mate her with the purpose of improving definite features. This is only achieved by recognizing qualities contained in other people's dogs as well as the shortcomings of your own.

It is best to breed with some ideas of the areas which require improvement. Study parents and grandparents and if possible brothers and sisters and access them for the same reason. Next you look at all the available stud dogs, see their mothers and fathers, brothers and sisters, if you can but more important in this case see a lot of the progeny he has produced. See if these have the virtues your bitch lacks.

As I said about the bitch a good stud dog is not one known to produce masses of pups. A good stud dog is one proven to produce puppies which are typical representatives of the breed when mated to several other bitches. It is not necessarily the dog himself which must be excellent but rather the stock that he produces. This cannot be stressed enough as too many good stud dogs are overlooked for some minor cosmetic shortcoming he may possess himself but may not throw.

1. Be a typical representative of his breed, and is also of correct breed type

2. Have a pedigree containing representatives of his breed that are of correct breed type

3. Be registered with an approved canine registration body or kennel club

4. Have a pedigree that has come from an approved canine registration body

5. Have been tested or screened for any inheritable diseases known in his breed

6. Come from parents and grandparents that are also of correct breed type and have also been screened for any inherited diseases known in his breed. 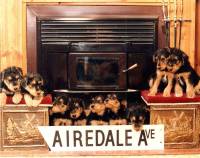 A dog can only produce those characteristics contained within his line. Similarly the bitch will only produce those characteristics already contained in her line. The dog cannot do miracles, nor can the bitch. The mating together of two individuals with the same fault is as bad as mating together two extremes. It is wrong to mate a dog that is too large with a bitch that is too small in the hope of in the hope a getting a compromise. Usually such a mating will result in both large and small puppies but few if any of the desired size. If the bitch is a bit small, mate her to a dog of correct size preferably with an ancestry of correct size dogs for that breed. Then you have a much better chance of getting puppies of correct size. Hence knowledge of genetics plus knowledge of the dogs named in the pedigree can only help in improving your breed.

The above pictures, complete with moving computer graphics are explained further in the DVD 'How to Make a Showdog' by Jane Harvey