ANKC Hands over to Politicians (1997) 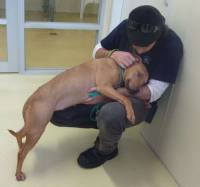 I was delighted to see National Dog airing the issue of the breed specific ban imposed on American Pit Bull Terriers by Toowoomba City Council. What is even more horrendous is the ANKC's support of such outmoded and ridiculous, impossible-to-enforce legislation. At the most recent ANKC conference, this motion was passed:

"Where a breed is banned from importation into Australia then ANKC approved judges shall not be permitted to judge that breed in Australia".

But how can the ANKC ban the importing of a type of dog into Australia that is not an ANKC recognized pure breed?

In 1928 the first Breed Specific Legislation (BSL) was introduced into Australia prohibiting the importation of German Shepherd Dogs. At that time, sheep farming was crucial to Australia's economy and it was believed German Shepherds mated Australia's wild dog, the Dingo produced cross breeds that were sheep killers. Professional lobbying and campaigning funded mainly by the German Shepherd Dog Club of Victoria to the Minister Don Chipp led to the lifting of this ban prior to the political turmoil that preceded the historic 1972 Federal Election. So Australia's first import ban lasted 42 years.

Now in 1997 some 71 years later, the ANKC has placed the entire future of pure bred dog activity in the hands of a few federal politicians. This has set in place a situation where all these politicians need do is add, one by one, all our pure breeds to the banned list and that's the end of dog shows and pure bred dog activities in Australia. 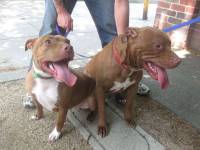 'Allira' and 'Soldier' seized under BSL

The breed specific ban on Pit Bulls caused so much heartache and so many legal battles in the UK, that February's UK Kennel Gazette carried a report of the Home Affairs Committee addressing the Kennel Club's fight of this breed specific legislation. Are the ANKC and QCCC completely oblivious to the horrendous problems and legal wrangles that have occurred in the UK over identification of Pit Bulls? Either the ANKC or QCCC don't know or don't care about the UK situation for Ray Underwood to state in National Dog

"But we've got experienced people who have dealt with dogs all their lives that can make as intelligent stab at it as anyone".

Is being coupled with the ANKC President's statement that the Toowoomba City Council would rely on the expertise of the QCCC, expertise - an intelligent stab? How, may I ask these gentlemen, can judges gain expertise if they wished to, when judges are not permitted to judge the breed? Must our ANKC judges act as Expert Witnesses in courts by having `intelligent stabs'? Is the ANKC condoning innocent citizens, maybe elderly gentlemen like themselves, who are out for a walk with dog under full control on a lead, having their beloved pet seized and impounded because some council officer thinks their dog might be a Pit Bull? The onus is on them to prove it isn't and in the UK, KC registration papers were not considered sufficient defense.

The Possibility of Adding Other Breeds 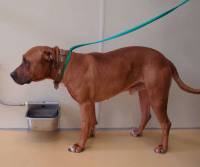 Don't think federal politicians won't seize the opportunity to add breeds like German Shepherd Dogs and Rottweilers to the list of four breeds including Pit Bulls, whose importation into Australia is banned. Already in the USA, in the North Carolina Transylvania County's recently amended Animals and Fowl Ordinance Act there are 17 breeds banned, including Bouvier de Flandes, Australian Shepherds and Dalmatians. Here in Australia some Councils have by-laws approving dog-free zones where residents are not only prohibited from owning a dog, but visitors to residents of those areas are not permitted to have a dog in their car!

Victoria's dangerous dog legislation, currently contained within the Domestic Feral and Nuisance Animals Act, addresses the situation much more logically. Any dog, regardless of breed or type, which is proven to have caused serious injury to a human or another animal is declared `dangerous'. It then has to comply with certain conditions - muzzled in public places, housed in child-proof enclosures. Surely this deed, not breed type of legislation is a sensible approach to this emotive issue. 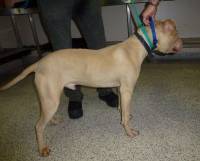 A dog which has bitten is likely to bite again, so it's fair enough to declare such a dog dangerous. However, why blame the whole breed? There are bad dogs in any breed, usually caused by bad or uneducated owners. If the ANKC are serious about protecting our hobby and the rights of its members, they should be lobbying politicians to have deed not breed dangerous dog laws.

Banning a whole breed or type of dog is a knee-jerk reaction. The breed is often not even a `Pit Bull or dog of Pit Bull type'. The dog is named a Pit Bull because it has become accepted as an easy `out' for the media to name any dog a Pit Bull when there is a dog attack. It is the media which stirs up the public and causes the politicians to act. So, what would you do if you were a politician faced with a petition containing thousands of signatures asking for a ban on Pit Bulls? If you do nothing you are labeled a bad politician! The easy way out is to comply with the petition, which is never based on expert witnesses, only "experienced people who have dealt with dogs all their lives that can make as intelligent stab at it as anyone"! So the identification is left up to officials, some Councillor's idea of what a Pit Bull looks like.

How I Dealt with the Law Makers 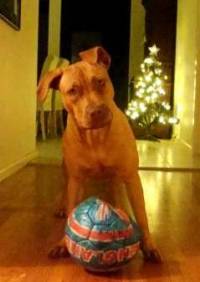 At our recent local council elections I rang all six candidates in my electorate and asked them various questions pertaining to dog related local issues. One question I asked was: "Would you like to see a total ban on Pit Bull Terriers in this municipality?" The reply from all six was an unqualified "yes". When I asked how they would identify Pit Bulls, I received various replies including "Oh it's easy, they look something like an Alsatian" and "they are all about thirty inches high and are always brown". These are the people who are relied upon to identify these dogs! Clearly, all had the concept of Pit Bulls and dangerous dogs completely mixed up. When I explained the deed not breed legislation that is already in place in this state, all six agreed this law was workable.

Another question I asked all six was "if elected, and you had a dog related local issue to resolve, what organization would you turn to for advice?" This also received an unqualified reply - the RSPCA! Only one had even heard of the Victorian Canine Association (VCA). So, once again we are losing the plot by not being out there presenting the positive aspects of owning dogs in the public arena. Our ANKC seems to me to be an old boy's club, more concerned with petty issues than addressing the real concerns their members have to face on a day to day basis. 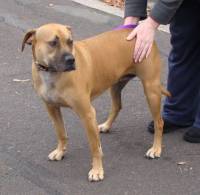 So, National Dog readers, if you are truly committed to the sport of pedigreed dogs, speak up - lobby your local councilors and your state controlling body officials to fight breed specific bans. I believe fighting this issue is for the sake of being able to continue what we all love - to partake in pure breed dog activity - and to protect our very right and the rights of our children and grandchildren to own dogs.