What is a Dog Judge 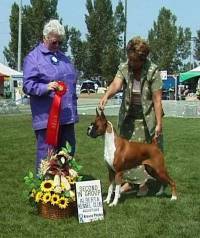 A dog judge is a person who holds a license issued by the Kennel Club in their country of residence to judge pure breed dogs at the levels explained below.

These licenses are issued to those who have undergone training and/or examinations to ensure they have knowledge of all the individual breeds' unique characteristics. Each Kennel Club has its own system of granting licenses to dog judges. Often these systems consist of a formal training scheme and/or a series of lectures or seminars plus an examination scheme which may be theoretical, practical or a combination of both.

All Breeds and Best in Show Judges 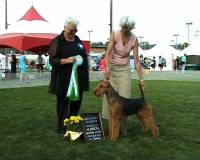 In some counties like Australia and New Zealand this is a judge who obtains a license for all the breeds contained within an entire Group. These licenses may be obtained breed by breed, or for the entire Group all at once. Some countries issue a separate license to judge Best in each of the Groups. In other countries it is sufficient to be licensed to judge all or most of the breeds contained within that Group in order to judge Best in Group.

This is a judge who has an intimate knowledge of one particular breed or sub-group of breeds, and has also been granted a judging license for that breed by the Kennel Club in his or her country of residence.  To qualify as having an intimate knowledge of a breed, that person has usually bred  or owned a number of Champions in that breed. However, any person who has made a significant contribution to a particular breed could also be considered to be a specialist in that breed.