The Question of De-Sexing 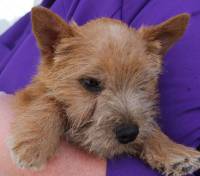 Those who recommend spaying and neutering, in particular young puppies, are generally sympathetic to welfare groups whose main concern is the number of dogs who are abandoned to be either re-homed or euthanized in dog shelters. These animal welfare groups are very vocal and are having the effect of influencing the general public to believe that de-sexing is the 'responsible' thing to do. The problem with making it the social acceptable to de-sex dogs, is that it has now become law. Here in the State of Victoria, Australia all dogs where it has become law that all dogs must be de-sexed by 3 months of age, there has already been some dreadful consequences. As there are still some exceptions to this law, it is important to consider whether complying with laws or social acceptance is really the best thing for your puppy.

De-sexing advocates proclaim that de-sexing eliminates future possible problems associated with reproductive organs. The argument is similar women who have a family history of breast cancer deciding to take some pre-emptive action before such cancer is detected. In male dogs testicular and prostate cancer can also be a cause for concern. Additionally, bitches also can develop a condition known as pyometra which is an infection of the uterus, usually following an unproductive heat cycle. However these problems are rare, and in my opinion do not make a strong case for de-sexing.

On the other hand de-sexing, especially early de-sexing, can cause major problems, such as: 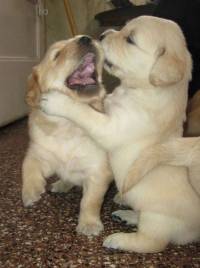 As de-sexing is not reversible, it is best to investigate these health considerations fully before making such a permanent decision on behalf of your dog.

Nobody could be blamed for de-sexing your bitch because you do not wish to experience her dropping blood all over the floor coverings within your house for two or three weeks twice a year. De-sexing certainly eliminates that problem. But in my experience, de-sexing does not eliminate other problems like stopping a bitch from wandering. I do not believe a bitch who is happy in her home goes on the prowl looking for a mate. Similarly I do not believe de-sexing eliminates behavioural problems like excessive barking or excessive energy, so making him or her easier to manage. De-sexing is no substitute for responsible dog ownership and correct training.

De-sexing is often promoted as a way of changing a dog's inherent behaviour. Unfortunately, this is not the case. A terrier will dig, a Border Collie will chase, a retriever will retrieve at any opportunity, regardless of de-sexing.

Thus it is important to understand the traits of the particular breed of your puppy. So, for example, if your puppy is from a working breed, you can expect that it will need lots of exercise, regardless of whether it is de-sexed or not. More generally, it is again emphasized that de-sexing is no substitute for responsible dog ownership.

If you do decide to de-sex, the next question is to decide when is the best time. My personal recommendation is to wait until the bitch or dog is sexually mature before de-sexing. This is to ensure the hormones have produced all factors necessary for the development of a healthy dog.

For a bitch, in my opinion the best time to de-sex is midway between her first and second season which is usually around 15 months of age. When a bitch comes in season, she bleeds for two to three weeks. This is her oestrus cycle that prepares her uterus to carry babies. Should fertilization fail to occur, the bitch goes through the same hormonal changes that she would have gone through, had she been mated. This is called a 'false pregnancy'. Often the bitch produces milk and goes through the same 'nesting' process as a pregnant bitch. This milk can be present for several weeks. Once the milk has dried up, you know she is physically mature. Then is the most suitable time, in my opinion for her to be de-sexed if you feel you cannot cope with further seasons or heat cycles.

With a male dog it is more difficult to know when he is sexually mature. I personally do not recommend de-sexing male dogs all unless there is a problem like tending to 'ride' your leg or 'mount' children. I have found it simply not true that male dogs exhibit more behavioural problems than unaltered males. My personal recommendation for all the reasons stated above is to keep male dogs entire.