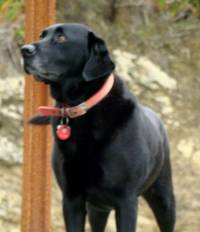 In these days of Internet, iPhones and Blackberries, it is difficult to imagine there are still some people who live in such isolation that their mail and supplies are delivered twice a week by a mail boat. This is the case in the sparsely inhabited region forming the magnificent Marlborough Sounds, situated at the North of the South Island of New Zealand.

For many reasons, this region's inhabitants enjoy the peace of living with nature in the isolation this beautiful place provides. Because of the extremely rugged terrain, road transport is impossible, So boats provide these people's only link to the outside world. 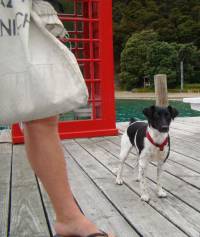 After a judging appointment in April 2010, I hitched a ride on this mail boat which delivers and picks up New Zealand's mail plus other supplies to the people living in the Sounds which make up the Marlborough Region. This gave me the opportunity to observe some of these people whose isolation appeared to be the lifestyle of their choice.

The Dogs' Role of Companionship 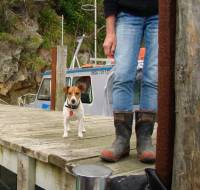 In New Zealand there are no natural predators such as snakes and other wild animals that could pose a threat to these people. So, they invariably keep dogs purely for company.

Children are also part of some of these families. Interestingly, they are educated by a correspondence course, with material delivered and collected by the mail boat.

These dogs greet the 'mail boat' just as enthusiastically as their owners. We were met at different locations by a Golden Retriever, a Jack Russell Terrier, a couple of different Labradors, a Fox Terrier plus a mixed breed. Whatever the breed, or type of dog, it is obvious the companionship these dogs give to the people who live in such isolation.