Agricultural Societies, Prefixes and the ANKC 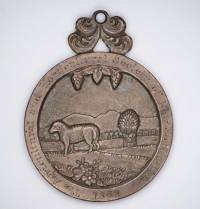 Moving into the 1900's throughout Australia, compulsory memberships of the various State controlling bodies became entrenched into registration systems. While this solved our problems of unscrupulous dog traders that invented pedigrees, with no Stud Book in place, there was still a need for structure. This page outlines how Australia's State's bodies called upon our the Agricultural Societies and our Sheepdog Trialling fraternity to mould Australia's modern digital registration systems used by today's pure breed dog fraternity. 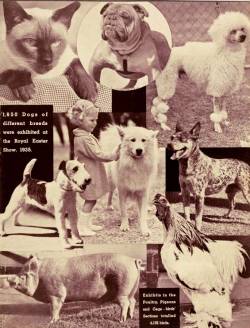 In 1890, reflecting our British ties, the National Agricultural Society of Victoria received 'Royal' assent from Queen Victoria, reflecting our British ties. Hence Victoria became the Royal Agricultural Society of Victoria. As many rich landowners were involved in these Societies, they did not suffer the financial difficulties that plagued the Kennel Clubs along with general economic depressions. The other States followed, each one holding its own prestigious Show affectionately known as their 'Royal' to this day.

Consequently, because these State capital cities' Agricultural Societies registered stud horses, sheep and cattle, procedures were in place to register dogs. This played an ever-increasing role in Australia's dog world as the various States formed auspices with their respective 'Royal' Societies to provide secretarial and financial assistance during the Great Depression of the 1930s and World War Two. When this relationship with the States was dissolved, one by one each State's controlling body became a monopoly with compulsory membership.

The First Registry of Prefixes

Before the 1920s and until State controlling bodies became a monopoly, registration was voluntary. At that time, sometimes kennel names were used as prefixes, sometimes as suffixes, and sometimes the same kennel name was used by more than one person. Additionally, when a dog was purchased from another kennel, the buyer's rather than the breeder's prefix could appear. 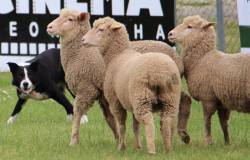 By the late 1890's Sheep Dog Trialling was established in Australia. It operated completely separately from the Pure Breed dog world. In 1927, the Victorian Working Sheep Dog Association set up a Registry of Prefixes on a card filing system whereby all members were supplied with books of forms for registrations, litter notifications and prefix applications. A list of new prefixes and registrations was printed and circulated in the quarterly newsletter, This continued until around 2008 when computer programs were introduced. While is not a National register, however, there is continuity between the State Bodies which recognise each other registers[3].

In 1953, this ground-breaking concept of a Register of Prefixes was copied by the various State's Pure Breed Dog Controlling bodies. Rules were introduced whereby every puppy must carry the prefix of the breeder who whelped it. However, it was not was until 1986 when the ANKC was up and running, that they had their own Central Register of Australian Prefixes.

In 1924, the Annual Report of the Kennel Club of Queensland reported they would accept registrations and Challenges from NSW proving the advantage of inter-State reciprocity. The same report records that Queensland delegates attended a Sydney conference of Canine bodies for the purpose of forming an Australian Kennel Council. Before the ANKC was formed, all the States had differing methods of awarding points towards their Championship title. To complicate matters, if you received a certain number of points in each of three States, your dog could become an 'Australian Champion'. 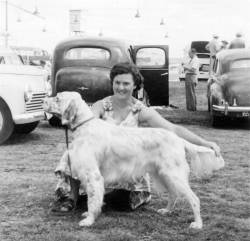 Growing up in Victoria, I vividly remember long interstate trips interstate seeking elusive points. This often involved travelling along two-lane rough unsealed highways in the early hours of the morning, and home late at night along these rough roads in the uncomfortable cars of the 1950's.

At last, in 1958, the Australian National Kennel Council (ANKC) was formed 'to act as only as as a co-ordinating and recommendatory body'. At that same Meeting it was agreed to co-ordinate the allocation, among several other things uniform points for Challenge Certificates throughout Australia, making the title 'Australian Champion' consistent[2].

Meanwhile, in 1975 the RAS of NSW had become one of the first organisations of its kind to install an in-house computer to cope with its dog registrations. in 1976, Victoria had its own separate system. These digital data bases worked so well that all States and Territories were eventually linked. In 1978 the ANKC began a national digital Registration system which by 2017 became accessible to all Australian breeders and exhibitors. In other words at last we had an Australian Stud Book!

By 1982, a Standard Constitution was agreed to whereby the ANKC could take control of certain activities with voting rights for our six States and two Territories. We were to appoint an independent Secretary. The aim was to have an Australia-wide computer system. 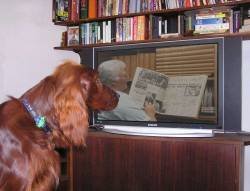 Today the ANKC holds at least one face-to-face Meeting annually with other Meetings by digital means where necessary. The eight ANKC member bodies represent each Australian State and Territory. At present, voting on the various issues is as follows:

The ANKC is recognised by Kennel Clubs in other countries like the Kennel Club (UK) the American Kennel Club, the New Zealand Kennel Club etc and is also accepted by the Federation Cynologique Internationale (FCI) as an Associate member.

[1] '100 years of Shows. The Story of the Royal Melbourne Show 1872 - 1972'  Published by the Royal Agricultural Society of Victoria written and designed by Bradford Usher & Associates Pty Ltd. The First Exhibition Pages 2 and 4

[2] 'An Historical Record of Australian Kennel Controls' published ANKC, Ascot Vale Vic 1988. Changes Rules and Procedures in preparation for a Constitution of the ANKC Page 14