The Making of a Pure Breed 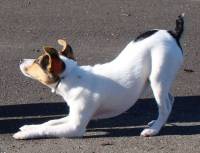 By the 1970's, transporting dogs by air instead of sea had become quicker and more affordable. This made it much easier to export and import dogs between countries. Within each country, some types of dogs were further developed, resulting in new, modern, country specific, breeds having their beginnings about this time. But it takes decades for a new breed to become recognised because it must comply to the regulations set by the incumbent dog registration body. This can be a difficult journey. A good example is the recognition of the Tenterfield Terrier by ANKC (Australia)[2].

Below is a timeline of some of the breeds that originated from the Old English White Terrier. 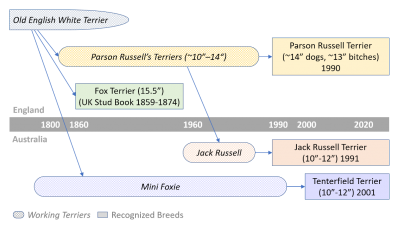 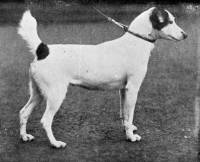 In the early 1800s, the now extinct Old English White Terrier became a Fox Terrier, similar to the one pictured. These were one of several all-purpose early types of Terrier known centuries ago.

By the late 1800's ratting terriers had developed separately from those used for Fox Hunting. The latter were made famous by Parson Jack Russell. His success in breeding his strain of terrier lasted throughout his long life and beyond. Simultaneously, in the late 1800s, the UK Stud Books began, founding some of the oldest Pure Breeds like Fox Terrier.

But the Stud Books did not record the Fox Hunting Terriers belonging to Parson Jack Russell who meticulously kept records of these quite separate from the UK Stud Books. His 'working strain' was kept pure until a century or so after he died, when his working Fox Hunting terriers were finally recognised as a pure breed in UK in 1990, bearing his name,  Parson Russell Terriers. 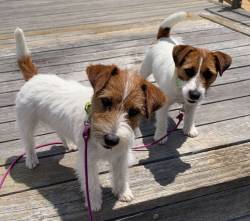 By the 1900's the ratting terriers that sailed the world had developed separately. Many have become pure breeds in the country in which they landed. These countries now have their own Registries or Stud Books. As the transition into pure breeds is complicated and varies from country to country, below is what happened in Australia.

Because of the publicity created when they were first introduced, the Jack Russell and Mini Foxie became hopelessly interbred by the pet market. With no checks or balances in place, a good deal of harm was done to both breeds. Even today, decades after both breeds have gained pure breed recognition, the general public and many others including animal welfare organisations still confuse these 2 breeds! Because of this, below is a brief chart of the major differences.

Comparison between the Jack Russell Terrier and the Tenterfield Terrier 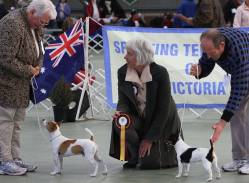 It would create an impossible situation if the registration bodies in charge of each country allowed all fads and fancies in the world to become pure breeds. Thus, pure breed recognition needs to be controlled by strict rules. In Australia, these rules are administered by our ANKC.

The journey to get a particular type of dog recognised as a pure breed can be long and arduous. It requires a group of enthusiasts with a lot of dedication, even to the point of obsession, to meet all the ANKC requirements. This includes providing proof that the type of dog's progeny can reproduce itself in both character and its physical appearance for a minimum of five generations on a 'Development Register' containing a minimum of 500 different dogs.

To this end, the Jack Russell enthusiasts formed the Jack Russell Club of Australia and almost simultaneously, the Mini Foxie enthusiasts formed the Mini Foxie Club of Australia. Both had Breed Clubs in every State, both wrote their own Breed Standards and both held dog shows where they could compare the direction of their breeds. Both had 'Development Registers' which contained pedigrees, pictures of the dogs and their measurements[4].

The Naming of the Tenterfield Terrier

By 1992, those who had dogs registered on the Development Register began seriously campaigning to obtain breed recognition by the ANKC. Although a Breed Standard had been agreed upon, it had become increasing obvious that the name "Mini Foxie" was inappropriate as this implies miniaturisation of the Smooth Fox Terrier. To this end, a ballot of owners was taken resulting in 85% favouring the Tenterfield Terrier. 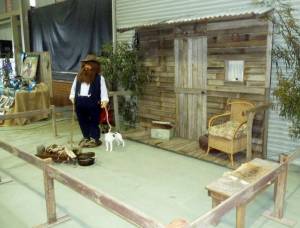 This name was chosen in recognition of George Woolnough, whose Terriers were famous throughout the Tenterfield district in New South Wales. Affectionately known as the "Tenterfield Saddler", because of his profession making horse saddles and other leather goods. His name was immortalised in the song of the same name written by George Woolnough's famous grandson, entertainer Peter Allen.

Under the new name, the Tenterfield Terrier Club of Victoria Inc became the first breed club to become affiliated. By 2009, the ANKC National Breed Council had been formed and the first National Show was held which I had the honour of judging[3]. What a Show it was, with a uniquely Australian post and rail fencing surrounding judging ring. Setting the atmosphere was a characterised George holding a model of a Tenterfield on a leash, set in front of a replica of the Tenterfield Saddler's Shop! Here the official photographs were taken. 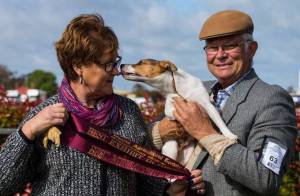 When recognizing any new Australian breed, the ANKC (Australian National Kennel Council Inc) Rules demand 5 generations. With no Tenterfield Terriers anywhere else in the world, our ANKC Development Register is the only way 'new' blood can be introduced. So, although ratting terriers of other countries have often been likened to Australia's Tenterfield Terriers, it must be remembered that Tenterfield's have had a separate gene pool for 2 centuries!

In 2018, 'Supreme Champion', the highest show title possible in Australia was obtained was gained[1]. So we have now proved  that our Tenterfield Terrier is certainly a Dinkum Aussie that  can hold its own against any of Australia's other recognized pure breeds.