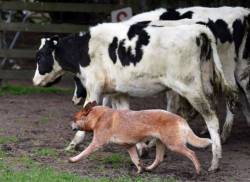 Dogs New South Wales (Dogs NSW) was pioneering in that, in 1975, the Royal Agricultural Society of New South Wales' Kennel Control (RASKC) became the first dog organisation in Australia to install an in-house computer to record our breed registrations. Certainly innovative for its time, it worked so well that by 1978 other States and Territories had become linked to the NSW system.

In 1893, the Kennel Association of New South Wales (KA of NSW) was formed using the Code of Rules from the Victorian Poultry and Dog Society (VP&DC). In 1895, they held their first 'Annual Show'. By 1914 there was also the Kennel Club of NSW Incorporated which awarded Challenge Certificates, three of which qualified the dog for the title of Grand Champion. The KA of NSW later became known as the Kennel Board of Control of NSW.

In 1942 yet another Kennel Club was established.  following a general meeting of the Canine Fancy convened by the Royal Agricultural Society of NSW[1]. Then followed such turmoil that in 1947, the Special Committee presented the Minister of Agriculture with a draft proposal to  introduce a Parliamentary Act legislation to control canine affairs! 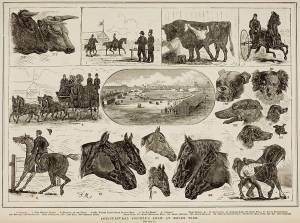 Back in 1823, an Agricultural Society of NSW was established by the leading gentlemen of the colony. By 1882 dogs must have also been included as the drawing illustrates. Here a Bulldog, Cattle Dog, Kangaroo Dog, Setter, Spaniel and Toy Terrier were named.

Prior to 1946, the Kennel Club established in 1942 was intent on creating just one canine governing body. First a 'Consultative Committee of the RAS of NSW' was charged with giving recommendations to the RAS. This Committee consisted of a massive 22 members. There was a Chairman, three members of the RAS, and two members of each of the Agricultural Societies Council of NSW, the Northern and Southern zones. Additionally there were two representatives of each of the following dog groups: Toys, Terriers, Gundogs, Sporting, Non-sporting and Cattle Dog and Kelpie.

The Royal Agricultural Society of NSW was intent on creating just one canine governing body.  First a 'Consultative Committee of the RAS of NSW' was charged with giving recommendations to the RAS. This Committee consisted of a Chairman, three members of the RAS, plus representatives of each of the then five dog Groups, Toys, Terriers, Gundogs, Sporting, Non-sporting and Cattle Dog and Kelpie, plus two representatives of the Northern and Southern zones respectively.  After years of negotiation, from December 1948 ,the Consultative Committee came under the auspices of RAS of NSW and became known as the Royal Agricultural Society Kennel Club (RASKC)  By June 30th 1949, it had  73,210 dog registrations, 45 Affiliated Clubs and 34 Agricultural Societies with RASKC Affiliation.

By December 1948, the Royal Agricultural Society Kennel Club (RASKC) had become an affiliate of the RAS of NSW under whose rules the dog section of their famous Royal Sydney Show was conducted. By June 30th 1949, the RASKC had 73,210 dog registrations, 45 Affiliated Clubs and 34 other affiliated Agricultural Societies.

In 1957, the RASKC began publishing a monthly journal which included litter registrations. In 1964 their name was changed to the RAS Kennel Control, confusingly retaining the abbreviation of the former RAS Kennel Club (RASKC). Their major function was to maintain the Register of Pure Breed dogs. By 1966 other functions were added. Of particular note was the addition of a Judges' Training and Examination Scheme. This catered for Breed Specialists, Group judges and all-rounders. In the beginning, the 'all-rounders' (all-breeds conformation judges) judged all disciplines which at that time included Obedience, Field and Retrieving Trials.

However, before 1988, NSW had no permanent venue for dedicated dog activities in its capital city, Sydney. Then land was leased from the State Government  at Orchard Hills, on Sydney's outskirts. The Bill Spilstead Complex for Canine Affairs was then established as the headquarters for NSW. 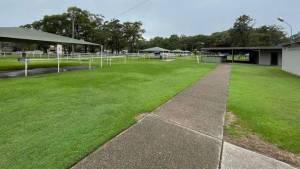 In 1971 at Hillsborough, some 150Km north of Sydney, a group of dog people advocated for a dedicated dog show ground. The Combined Northern Canine Committee (CNCC) was formed and 20 acres of ground was leased from the local City Council specifically for use as a dog training centre and show grounds. Dozens of local exhibitors and other dog people enthusiastically contributed both time and money into the ground's early development. Their legacy is the permanent fixtures, rings, roads and fencing and so on which are still in use today.

This complex was the first dedicated dog show and training ground in Australia, and remains a popular venue for dog activities in NSW[2]. Today the controlling body for New South Wales trades as 'Dogs NSW'.

[2] Jim Hickie, History of the Combined Northern Canine Committee Inc, est 1962 as published in the Show Catalogue of 2021.